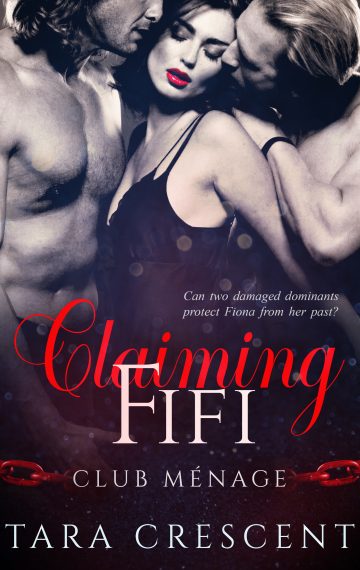 I’m damaged. They’re damaged too. The last thing we need… is each other.

I’m done with dominants. Been there, had one, have the scars to prove it. I’m all about work now, about growing my private investigator business. I have no time for anything else.

Then a mysterious client hires me to investigate a case of blackmail at Club Menage, and he assigns me a pair of guards. Two men who knew me at my worst: Adrian Lockhart and Brody Payne.

I’ve always been attracted to them.
Always imagined what it would feel like to be bent over their knees.
Always craved their firm touch on my body.

But I’ve been burned before.

Every instinct tells me to leave them alone.
To turn down the job.
To walk away and stay safe.

I should listen to that voice of self-preservation, but I don’t.

One night will ruin us forever.

Author’s Note: Claiming is a standalone ménage romance with a HEA ending. No cheating, no cliffhangers! An earlier version was previously released in a boxed set. This version has been significantly modified and extended.