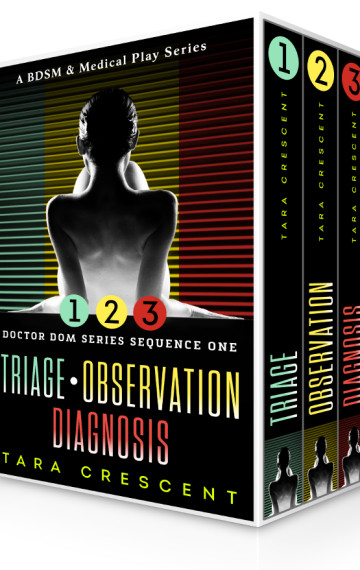 ***A surgeon with secrets. A woman craves to be spanked. When they get together in an examination room – what will happen next? ***

My name is Lisa Preston.

I need to be spanked. I want to be dominated. And in the darkest and naughtiest corner of my mind, I fantasize about a Doctor tying me down on an examination table and using me for his pleasure.

When I meet Patrick at a club, and discover that he is a doctor, can I be brave enough to tell him what I need? And will the Doctor make my fantasies come true?

Less than a month ago, I met a gorgeous guy in a bar and went home with him. He spanked me. He put me on an examination table and made all my dark fantasies come true. He became a very important part of my life.

And then, I discovered that he had kept a secret from me. An important secret. A secret that made me walk away.

But… I dream of him. I miss him. I want him constantly. And now, something has happened, and I need him more than I have ever needed someone.

Will he be there for me? And can we both let go of our baggage and move forward?