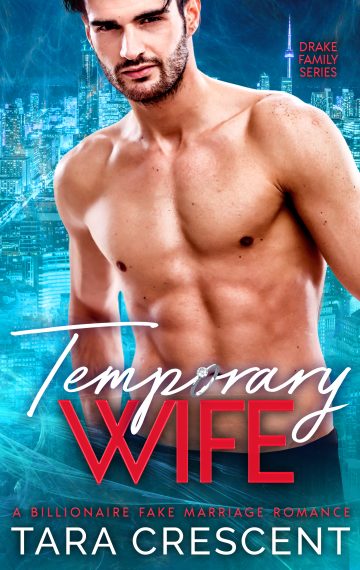 Fake marriages have rules. We break all of them.

Ryder Drake is the devil.

The billionaire architect exudes power and privilege from every pore in his body. Toronto magazines fawn over him, calling him one of the hottest single men in the city.

Color me unimpressed. Ryder’s new skyscraper will cut off access to the waterfront for all but the ultra-rich, and I’m determined to stop it.

Then he asks me to marry him.

It’s a business deal, nothing more. He needs a fake wife and I need money. It should be uncomplicated.

I break the first rule within the hour. The second rule? I last less than a week before I give in to Ryder’s raw, animal magnetism. Repeatedly. Before the wedding. After the wedding. With toys. Without toys. I’m having the best, naughtiest, steamiest sex of my life.

And rule 3? I’m Ryder’s temporary wife. No matter what happens, I can’t forget that our marriage isn’t real.

Temporary Wife is a standalone romance with a guaranteed HEA and no cheating. It was previously released in a boxed set.